Submit your article with keyword "Navigation in Desert Environments" 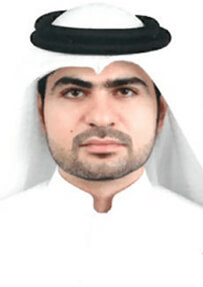 Off-road navigation and motion planning for unmanned ground vehicles is a classical topic in mobile robotics. It spans through several interdisciplinary domains, ranging from machine learning and robot perception to mechanical engineering and control theory. There are huge potential applications such as search and rescue, agriculture, military, planetary exploration, to name a few. Robotic autonomy has been available in airborne and submersed systems for several decades; however, until recently no comparable auto-pilots existed for ground vehicles. The reason why ground navigation is harder than aerial or underwater navigation arises from the obstacles on the ground such as rocks, berms, ruts, cliffs, and so on. Despite the tremendous efforts in this area since the DARPA robotic challenge, there are several unsolved challenges. For example, most literature considers specific offroad environments that are fundamentally different than others such that of the Arabian Peninsula or Sahara deserts. At the center of the Arabian desert is the Rub'al-Khali, one of the largest continuous bodies of sand in the world. It is an extreme environment that has several unique features from red dunes, that reach maximum heights of up to 250 m, to deadly quicksand. Such extreme conditions resemble that of the Martian environment and, in fact, used as a test facility for space rovers. Our emphasis is on the assessment of terrain traversability, planning optimal trajectories, and adapting to the kinematics configuration that is suitable for efficient navigation in such an environment.

Topics of interests are, but not limited to

Note: To submit to this special session, use the keyword “Navigation in desert environments”